Wednesday, Thursday Aug 14-15 - We drove into North Little Rock, AR today and were pleasantly surprised to find the Downtown Riverside RV Park, a Passport America for which we had reservations.  This RV park was located right off the highway and on the Arkansas River.  We had full hook-up with 50 Amps for only $11/night.  We, between ourselves, voted this park one of "The Best of Passport America!!" 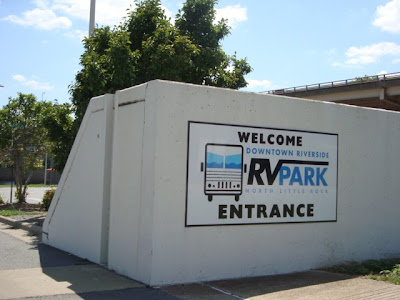 View of North Little Rock skyline from our RV. 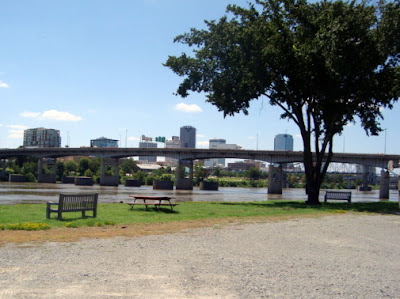 View of Walking Bridge from our RV.  The bridge was closed to have lights installed. 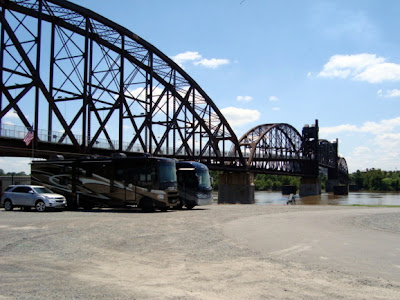 Another view of the Walking Bridge.  Thank Goodness it was closed so we did not have to walk across it!!  HA HA 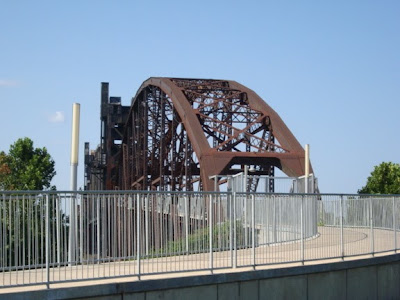 The Walking Bridge led right into the grounds of the Clinton Presidential Center Museum. 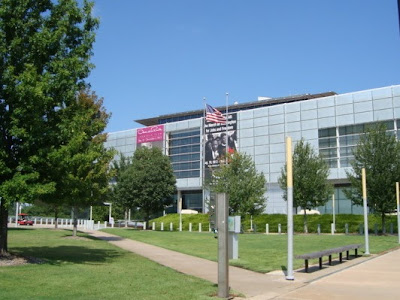 View of our campground across the river from the Clinton Presidential Center. 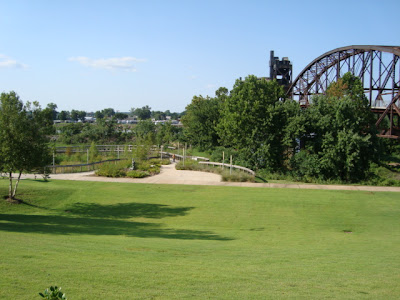 We drove across the river to tour the Clinton Presidential Center.  This was one thing we had planned for this stop on our cross-country journey. 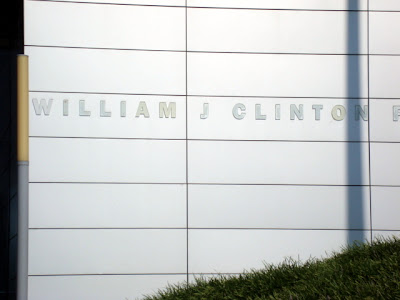 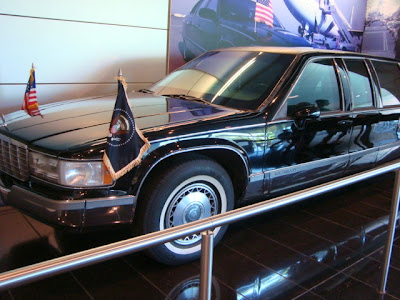 The Oval Office.  A full-scale reconstruction of the Oval Office shows the room and its furnishings as they appeared during the Clinton administration. 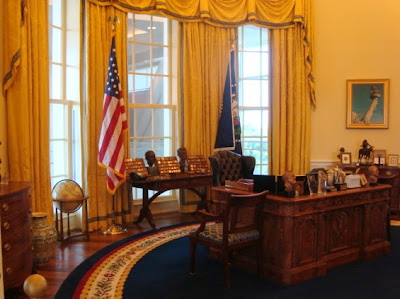 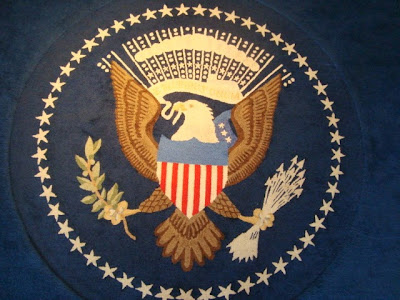 Opposite end of the Oval Office. 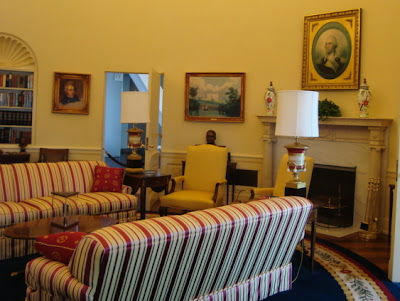 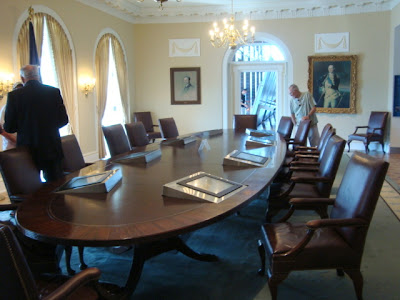 Timeline.  Key events and highlights of the Clinton administration presented on a timeline.  Tooooo much reading for me!! 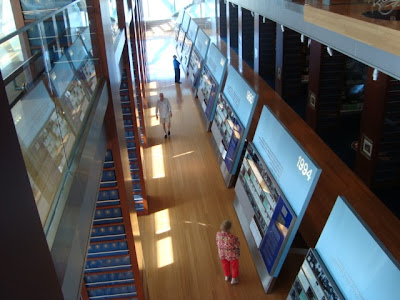 Replica of the Presidential dining table set for a formal dinner. 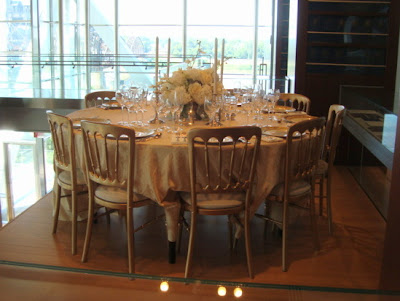 Oscar de la Renta has dressed many First Ladies -- Nancy Reagan, Laura Bush, and Hillary Clinton.  An Exhibit of Oscar de la Renta designs was in a wing of the Clinton Presidential Library. 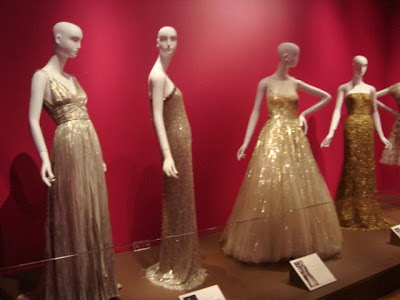 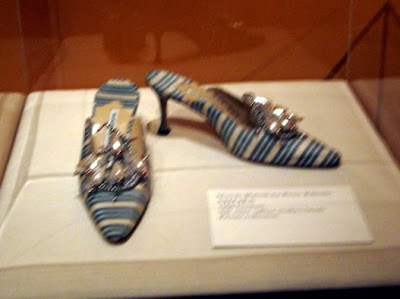 I found a dress for myself! 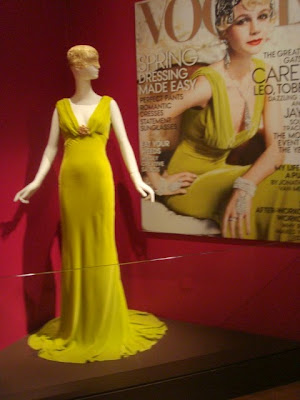 Funny story!  I had asked the guide at the Clinton Museum if there was a trolley that would take us for a riding tour downtown.  He told us about the Streetcar stop on the next corner.  It just so happened that a streetcar was just arriving.  We raced over to see if we could board for a ride downtown. 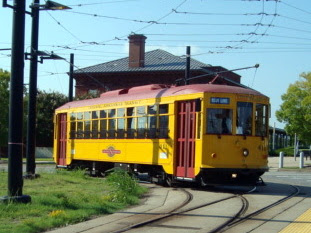 The driver of the first car said he only went to Little Rock, but the next car covered both Little Rock as well as North Little Rock.  We decided to wait for the "better" car.  When we talked with that driver, he told us that he did indeed go to both Little Rock and North Little Rock.  Great!  How much?  75 Cents!!  But, he said, "We don't come back to this stop.  This is our last trip.  We will not be coming back."  "Do you mean you would just leave us downtown!!??  Do you mean the other streetcar would have taken us downtown and left us!!??!!"  So glad he happened to mention that little fact!! 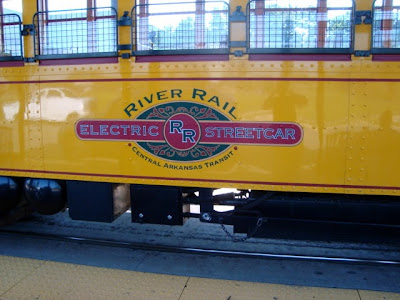 We chose to go HOME!!

Posted by Highway Runner at 9:57 PM