July 29 – The first thing we did in Munising was to sign up for the 5 PM Pictured Rocks Boat Tour. We wanted to be certain we got to do that!! 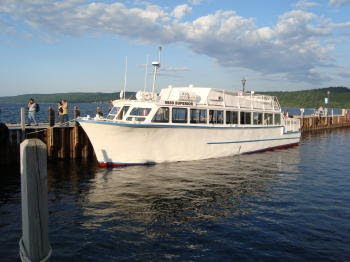 It was really great!! The weather was perfect; the cliffs were amazing and beautiful; and Captain Jaden made it fun with all of his little “jokes”. I told him afterwards that I would recommend his cruise to anyone heading in that direction.

This is Miners Castle. Jaden said many weddings are held at this site. 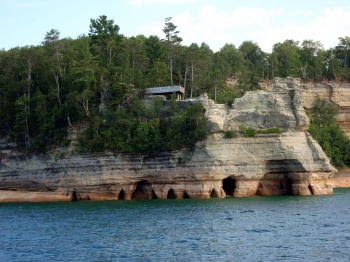 Surely enough, later in the week when I was touring Miners Castle, I saw a bride. 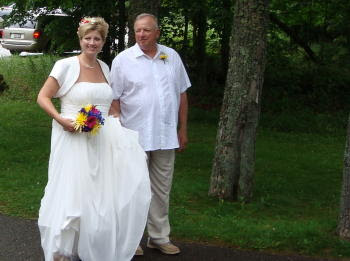 Bridal Veil Falls. Not always visible, depending on the amount of rain. 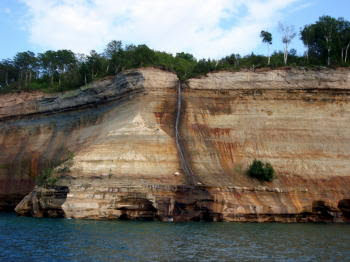 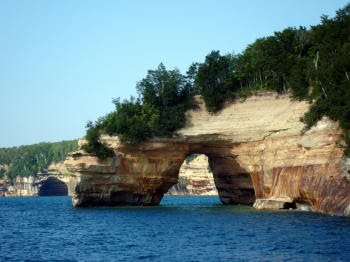 Indian Head. I thought I had "seen" it, but I didn't see the chin at water level, but half way up the formation! What I thought was the chin was actually the nose!! 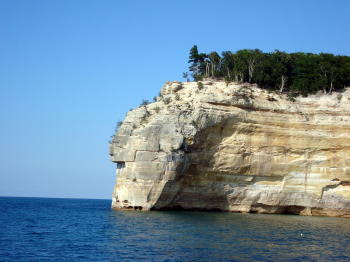 Broken Vase!! I can see that one!! 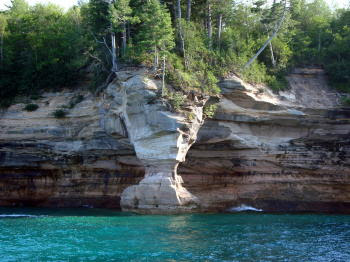 At one point, Captain Jaden steered the boat right up into a cove, the bow of the boat almost touching the cliff!! 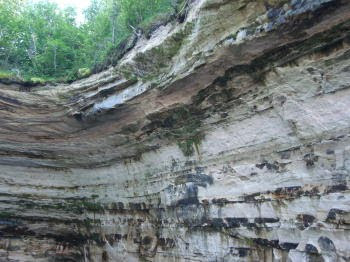 You can see how close we were in relation to the boat antenna!! 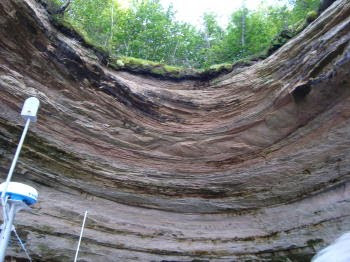 Chapel Rock. Notice the tree on top of the rock formation. It is kept alive by the roots stretching over to the mainland. At one time the area in between was filled in with earth!! 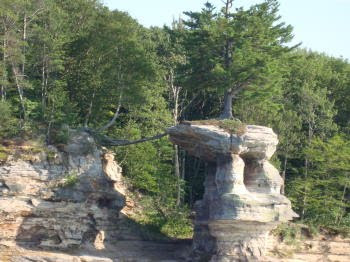 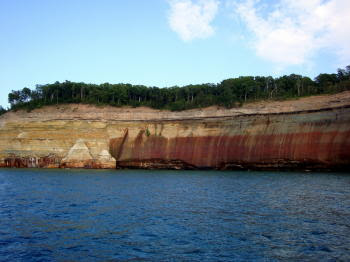 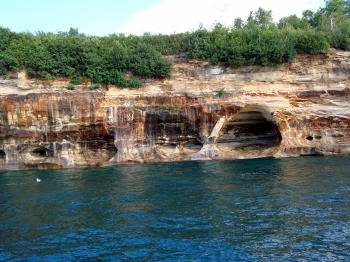 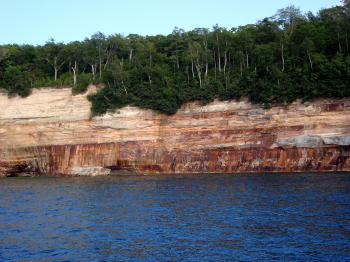 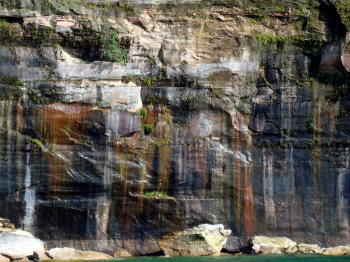 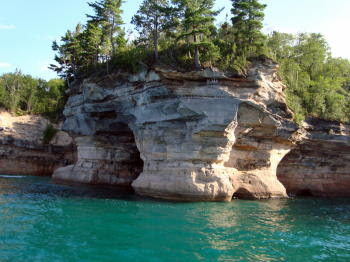 Spray Falls. We choose a tour that included the Spray Falls. We did not get close enough to actually feel the spray but it did add extra time to our trip. 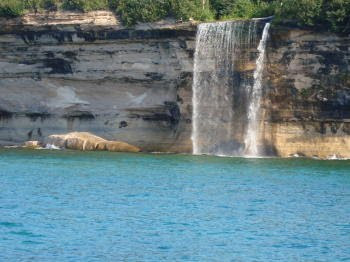 Ken had struck up a conversation with a young family while we were waiting to board. They asked about Ken’s gold pickle. 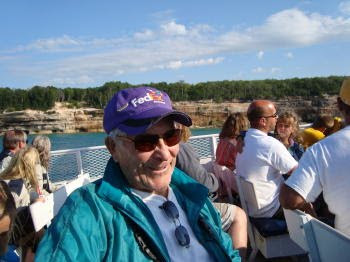 Ken told the story of how he and Carol had gotten the pickle by winning the Pickleball Mixed Doubles tournament. The young man said he had one from the Pickle Program at work. I asked what that was all about. He told the story of how a restaurant customer complained that he was charged extra for a pickle. The manager thought why not provide that little extra for the customer and told the waitress in the future to just “Give ‘Em The Pickle”. From that mind set of giving a little extra the Pickle Program was born. I told him about the website “giveemapickle.com” where St. Clair had ordered the gold pickles. He then told us his mother had just started playing Pickleball in Texas. Small World!!! 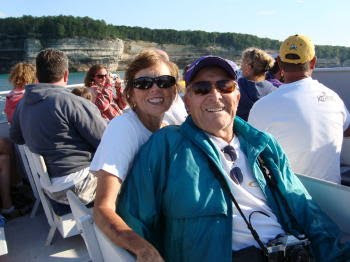 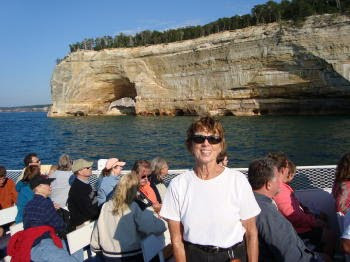 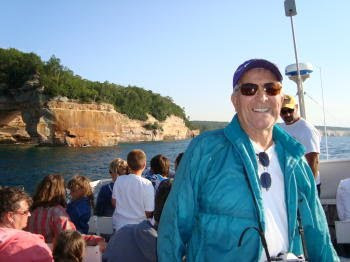 This picture was made on our return trip, but when we first passed this beach on our way up to The Spray Falls, there were about eight young people running on the beach. I heard Ken’s young friend sitting behind me say in a lilting voice, “Uh, oh, here it comes!!”; pause, and then “There it is!!!”. I glanced at the beach and there were eight perfect MOONS in a row shinning right at us!! So sorry I missed that picture!! Priceless!!

Later I went below to ask the Captain a question!! 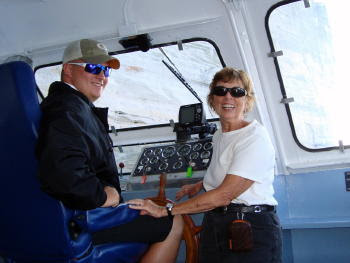 And then I got to navigate the boat!!! 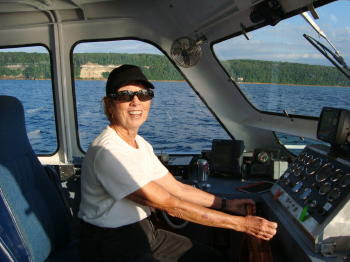 The scenery is amazing! It looks magical and you are so lucky because the weather is nice when you had the tour. Anyway, I'm curious why is it called the Lover's Leap? I want to go here after our dolphins oban trip this year.