July 30 – The next day at 12 noon, we caught the pontoon ferry to Grand Island where the bus was waiting to carry us on the Island tour. 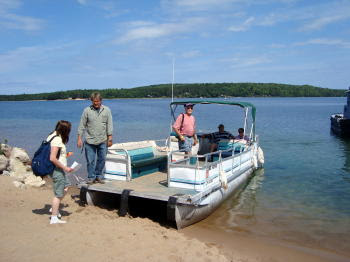 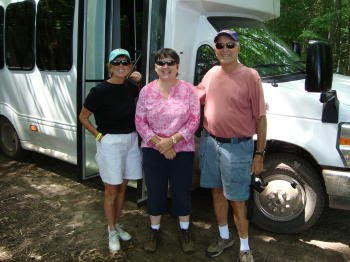 At one time the Island was a summer retreat for the wealthy. The first stop was the resort tennis court!! Can’t you just picture Pickleball lines painted on that court?? 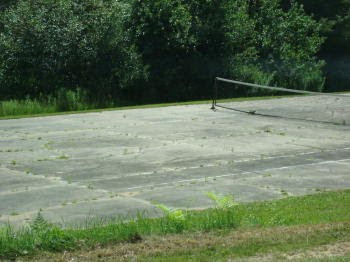 The next stop on the tour was Farrell Cottage which was being leased to some archeological students studying various sights on the island. 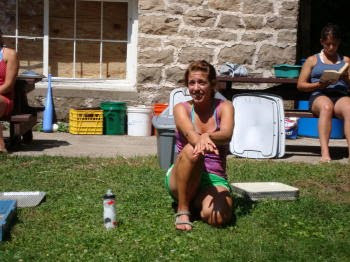 This is the Stone Quarry Cabin. 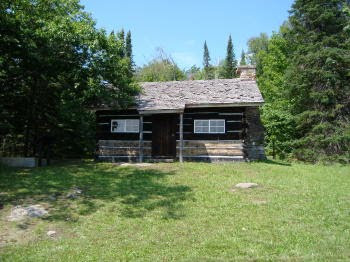 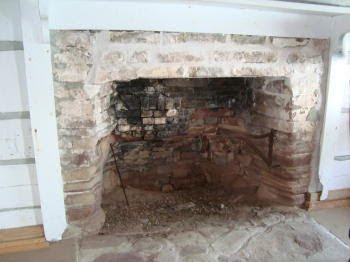 Further along we ran into more of the archeologists making a dig. The have found mostly pottery and stuff like that. 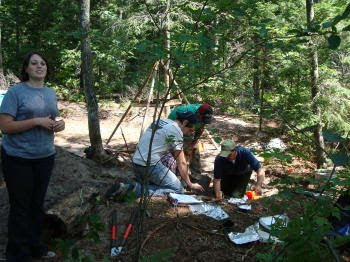 The leader is explaining to Ken that today is their last day and they will be closing the sight and returning it to its original state as much as possible. 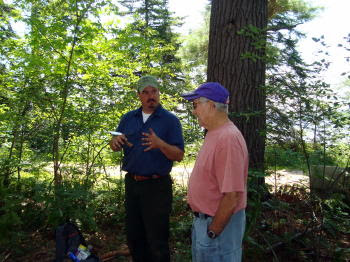 We stopped at Murray Bay. There was plenty of time for lunch but we did not bring a picnic with us. I was so disappointed!! 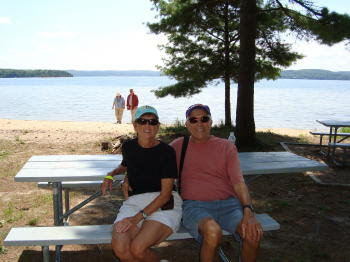 At Duck Lake we saw this purple box hanging from a tree limb. We had seen such an item in other forests. Ken said it had to do with the Birch Tree Beetles. 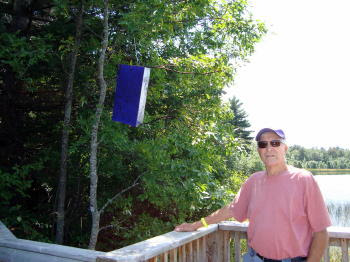 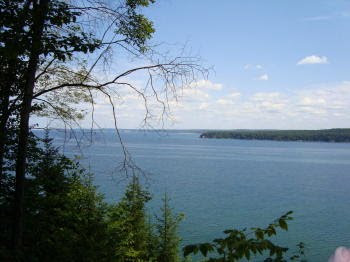 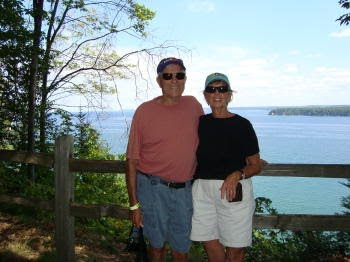 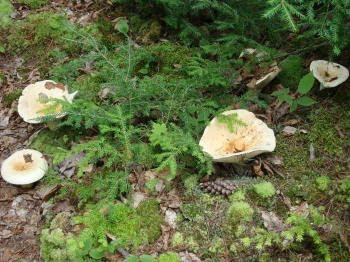 The National government is developing the Farm Field for growing various types of wild flowers. They have also planted Milkweed for caterpillars to feed on. They will soon become Mammoth Butterflies. 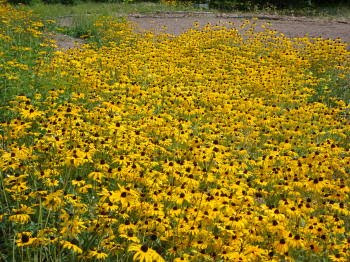 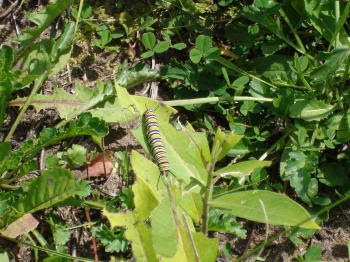 After the tour we were soooo hungrey. We decided to have Fish ‘N Chips at Sydney’s (i.e. Australia) Shark Bay Bar. I asked the waitress about the Shark Bay Bar. She said in Australia there is a bay called Shark Bay. In keeping with the Australian theme of the restaurant, they named the bar after Shark Bay. Fish and Chips were delicious!! 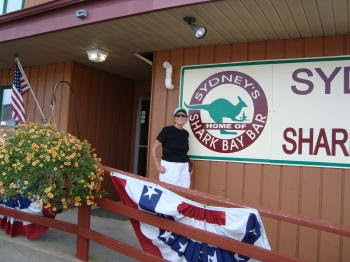 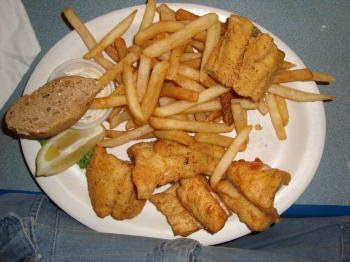 Posted by Highway Runner at 1:39 PM