July 31 – There have been so many shipwrecks in Lake Superior and the waters around Munising; we decided we had to take the Shipwreck Tour. 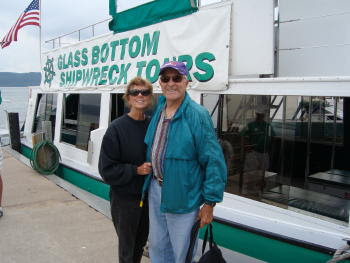 These are the storm clouds overhead as we were leaving the dock. 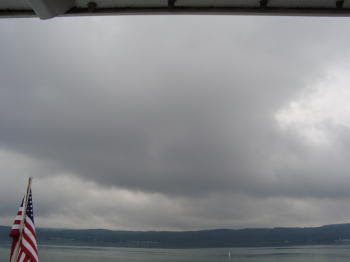 But the rains never came. We were soooo lucky!! Here we are on our way out! 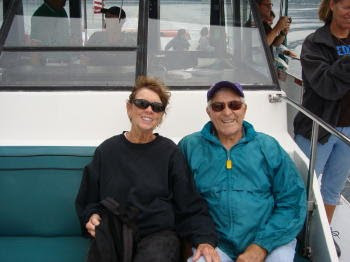 Here are some of the fascinating remains of shipwrecks that we saw. The amazing thing is that these remains have been preserved in the cold waters of Lake Superior for more than 100 years. 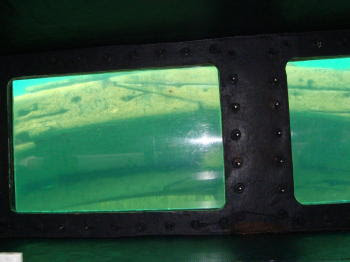 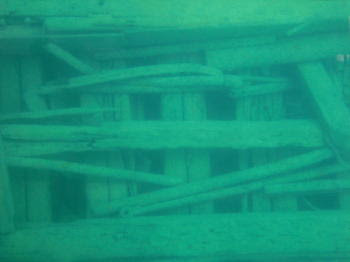 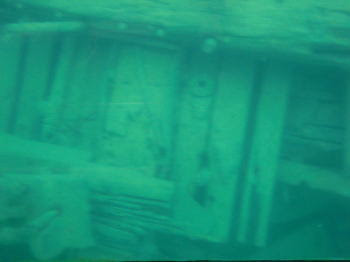 Bow of a ship. 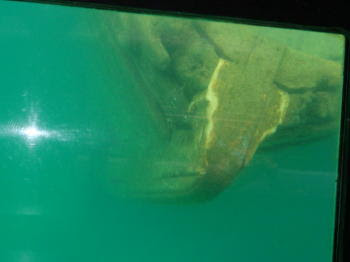 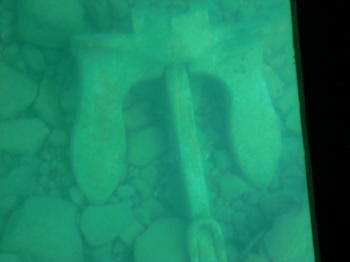 The Captain’s Toilet and Bathtub. 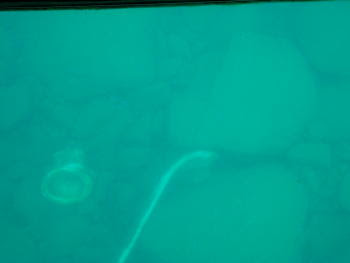 Ken is talking with the narrator – mostly about Richmond, VA. His daughter lived in Richmond for a year and was reminiscing! 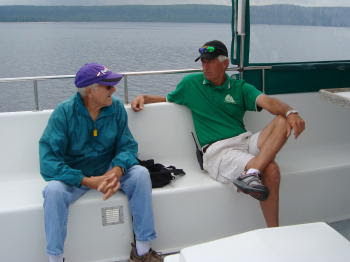 Returning to the dock. It was a great trip!! 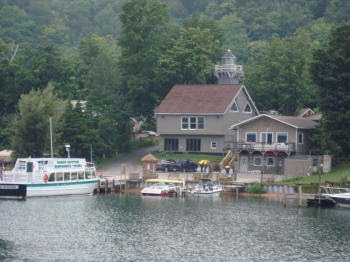 Again, we were hungry when we got back to shore. Muldoons was at the top of the hill, so we stopped for one of their Pasties. [Not the Pasties I wear for Ken every night HA HA!! But, Pass-T. A meat and potatoes filled crust like the miners used to carry for lunch in their pails down into the mines.] It was OK, but probably don’t need to try another one. 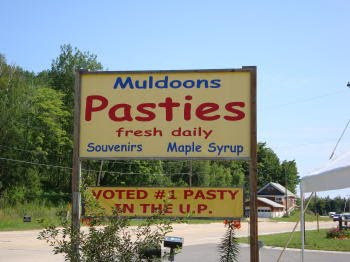 Posted by Highway Runner at 2:05 PM