FUN WITH BARB AND MITCH IN MC GREGOR, MN

August 03 – Barb and Mitch met us on the road and showed us the way to their private camp site in front of their son’s cabin on the lake. We parked the Highway Runner next to them. 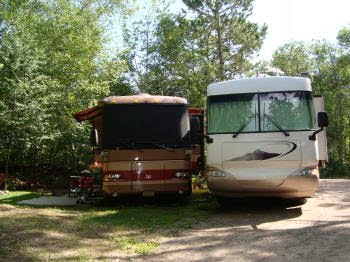 After exchanging greetings, the first thing Barb did was to make a batch of Tennessee Lemonaid. You can see that Jack was the main ingredient, and we surely did need it!! 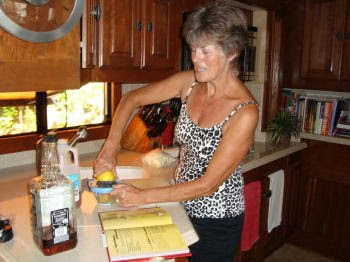 She packed some munchies and we went down on Mitch’s pontoon boat to cruise the lake. 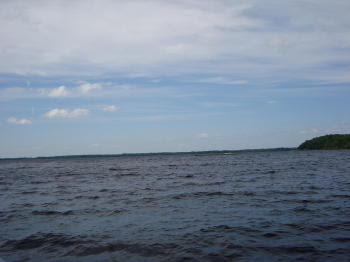 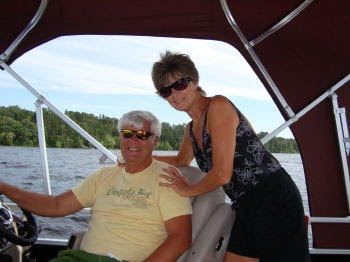 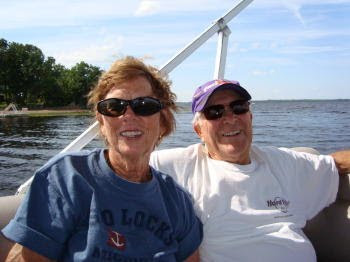 This is their son’s cabin and Mitch’s other boat under the blue tarp. 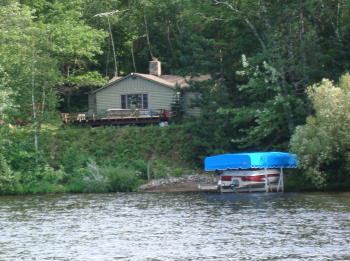 Since arriving in Wisconsin we had seen numerous signs “Wild Rice; 3 lbs for $9.99”. Barb and Mitch showed us the wild rice growing in parts of the lake and explained how the rice was harvested. Barb also warned us not to buy the cheap rice; they buy brown wild rice for $9.99 a pound!! So much better!! 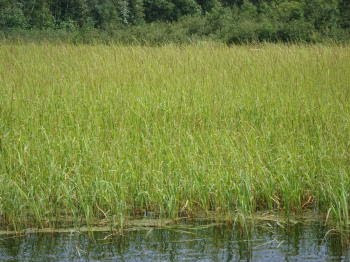 Mitch showed us how he secures his pontoon boat on “Sea Legs” rather than docking next to the pier. He just pushes a button and the legs come down and lift the boat out of the water. Amazing!! 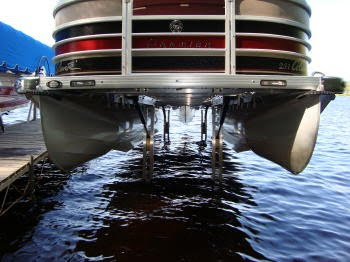 After securing the boat, we all jumped overboard into the cold, cold lake!! Burrrr! But it was fun!! 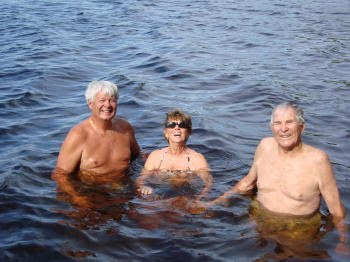 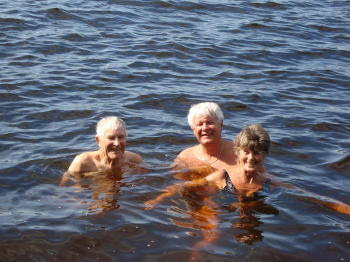 The next morning we drove to the nearby tennis courts and played a little Pickleball. The young man who took the picture was at the park to jog. He asked if we were playing Pickleball – they teach it in the schools in the area!! I’m surprised he recognized our game as Pickleball!! HA HA 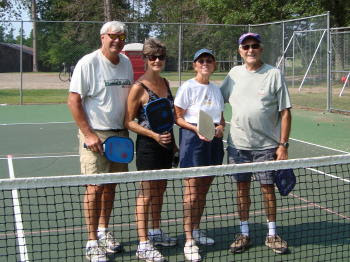 That evening Mitch grilled pork chops on the fire and Barb made a casserole of Wild Rice, mushrooms and almonds. She further explained the difference between the brown rice she uses and the cheaper black rice. At any rate, it certainly was good the way she prepared it. Later we sat around the fire eating Some Mores!! 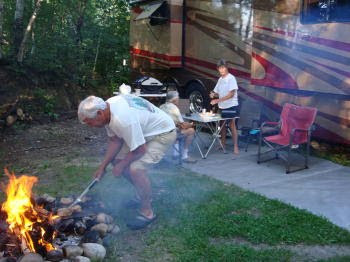 The next morning our troubles began again. After playing some more Pickleball, we discovered our refrigerator was not cooling and there was water in the ice tray!!! What to do?? We contacted a local RV repair shop. He sort of confirmed out suspension – the cooling unit was bad!!

There is a Camping World near Minneapolis about 120 miles south. It was not in the direction we were heading, but we decided that was our best option. When we called them, they said they would work us into their schedule the next morning for a diagnosis.

We quickly packed up and said a said a quick Good-Bye to Barb and Mitch and made an abrupt departure for Camping World. We had had such a great time with Barb and Mitch, we hated for it to end that way, but they were so understanding and helpful. Don’t know what we would have done without them!! Thank you Barb and Mitch!!
Posted by Highway Runner at 2:06 PM